Ringkøbing-Skjern Municipality is in the green forefront of Europe 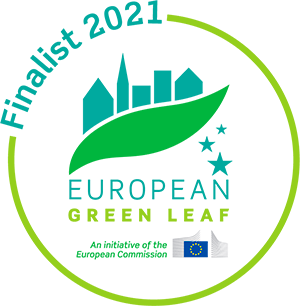 The municipality is in the final for the EU’s environmental prize for cities with 20-100,000 inhabitants.

Ringkøbing-Skjern is competing with four other cities for the prize: the European Green Leaf Award (EGLA)2021. The EGLA prize is 75,000 Euros – 560,000 Danish Crowns – towards events that draw attention to the town’s environmental efforts both locally, nationally and internationally. The five finalists were selected in the early summer of 2020 by an international jury, and later on in the year the five will further present themselves before the prize is awarded.